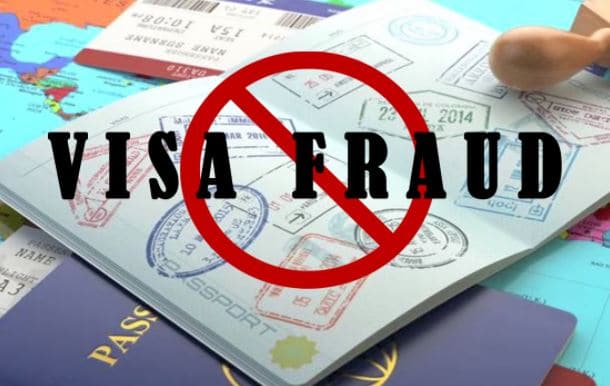 The Curious Case of the 1997 Exemption Permits

2021 has started on a busy note in terms of the South African immigration landscape.  The Border Management Agency began its work having been signed into law by the president in December, a draft critical skills list has been published and now the Minister has vowed to take steps to review and investigate visas and permits irregularly issued over the years and its only February. It has been my expectation that the immigration in the post COVID-19 era would be characterised by a dramatic increase in enforcement activities of DHA. Already we have seen a more rigorous entry process and screening which is identifying those who are not complying with their respective visa conditions. On the 11th of February the Minister announced a review of those permits and visas that were issued over the years and especially permanent residence permits. The move comes after prominent figures such as the Bushiri`s were found to be in possession of a permanent residence status that was allegedly irregular or fraudulently obtained.  The permit was purported to have been issued in 1997 however the Bushiri`s had only first arrived in 2009.  In this week’s post I thought we should dive into this issue and shed some light as to why the Department would feel strongly about their case.

Firstly I think its important to highlight the difference between a fraudulent permit and a fraudulently obtained permit. A fraudulent permit is simply a document that was not issued by DHA and is usually the product of some act of forgery. Often these permits can be identified by the marked difference in things like their font, colour and wording which would all point to a forgery. A fraudulently obtained permit is far more conspicuous in that it is issued by the department through an act of misrepresentation or corruption.  This is often difficult to identify because on the face of it the permit is valid, in fact it would be valid in all respects except that it was obtained by an act of misrepresentation or corruption . This latter category is where we find most of these 1997 Exemption permits. So how exactly did these permits come into being and in such large numbers?

Post-independence as the new government worked to right the wrongs of the apartheid regime, several interventions were announced to register firstly citizens who had been disenfranchised through the homelands system and various acts which deprived black south Africans of their citizenship. These took place between 1994 and 1995, then in 1996, the government introduced a permanent residence program for all SADC nationals who had been working in South Africa pre-1994. The people were to be granted Permanent residence exemptions in terms of section 28 of the Aliens Control Act. The requirements for one to qualify for the exemption were, you had to have been in South Africa before 1994, on work permit, still working in SA, and be a SADC citizen.  The motivations of this move were many but among these were pressure from unions whose membership was made up of these individuals, also the  apartheid government discriminated against all persons of colour regardless of their origin so many of these people were part of the liberation movements and political  formations.

Now what transpired thereafter is where the problem began. Not all people who applied collected their outcomes and because all these outcomes were held at various regional offices it became very easy for someone with a relationship with an Immigration Official to gain access to these. So many people were made to apply for this permanent residence long after it had been closed and many people were duped into believing that their documents were correctly issued.  Moreover when they applied for Identity documents they were issued with these and when they travelled no questions were asked of them. So many, like the Bushiri`s would believe that everything was ok.

Until the latest statement by the Minister there has been no acknowledgment from the Department of this serious breach in their documentation of persons. This despite several arrests and dismissals of officials within the department who had a hand in this very elaborate scheme.  In fact these permits are well known within the ranks of DHA officials that certain offices have gained infamy for being the hotspots for these permits. However, despite this no positive action has been taken to inform the public of this grave breach. There have been several efforts to have people surrender these documents such as the Zimbabwe and Lesotho dispensation permit programmes however, these have not been as effective mainly due to the vague nature of the communication around their intentions.  For starters the department would ask people to surrender their documents which they know to be fraudulent, but if I have been engaging with DHA all this time and no one tells me my permit may be fraudulent I will not know.

What does the Immigration Act say ?

So, what is a persons legal position when they fall victim of such a scheme.  Unfortunately, the Immigration Act does not make this any easier. Section 29(1)(f) of the Immigration Act provides that any person who is found in possession of a fraudulent permit, visa, passport or ID is a prohibited person, not eligible for entry into, residence in and not allowed to apply for a visa. If that person presently holds a valid visa but becomes a prohibited person, that visa is withdrawn.   Section 48 goes on to state No illegal foreigner shall be exempt from a provision of this Act or be allowed to sojourn in the Republic on the grounds that he or she was not informed that he or she could not enter or sojourn in the Republic or that he or she was admitted or allowed to remain in the Republic through error or misrepresentation, or because his or her being an illegal foreigner was undiscovered.   Therefore, the unqualified argument that I did not know that my permit was fraudulently obtained does not prevent one from be detained and deported. Finally, section 49(14) makes committing any act of misrepresentation to gain residence in the country a criminal offence.

How do I fix this?

So how does one deal with such an issue or resolve it? The Act does provide an avenue in section 29(2) which allows a person in this person to apply to the director general to have their status as a prohibited person lifted on good cause.  The Director General through the office of deportation coordination will deal with these matters on case-by-case basis. Not taking any action is certainly not advisable given that the Minister has already announced a warning bell on these and other fraudulently obtained permits and visas.

As a parting shot, I just want to say when it comes to immigration issues there are no short cuts. As tempting as it may appear to be the consequences of cutting corners are far more dire than the hassle of going through the motions. It’s always better to take the long road. Immigration issues such as fraudulent documents are extremely challenging to deal with, however not acting in the hope that they will go away is not a strategy. Eventually DHA always catches up.