Entry Denied at Port of Entry- What are your rights in South Africa? 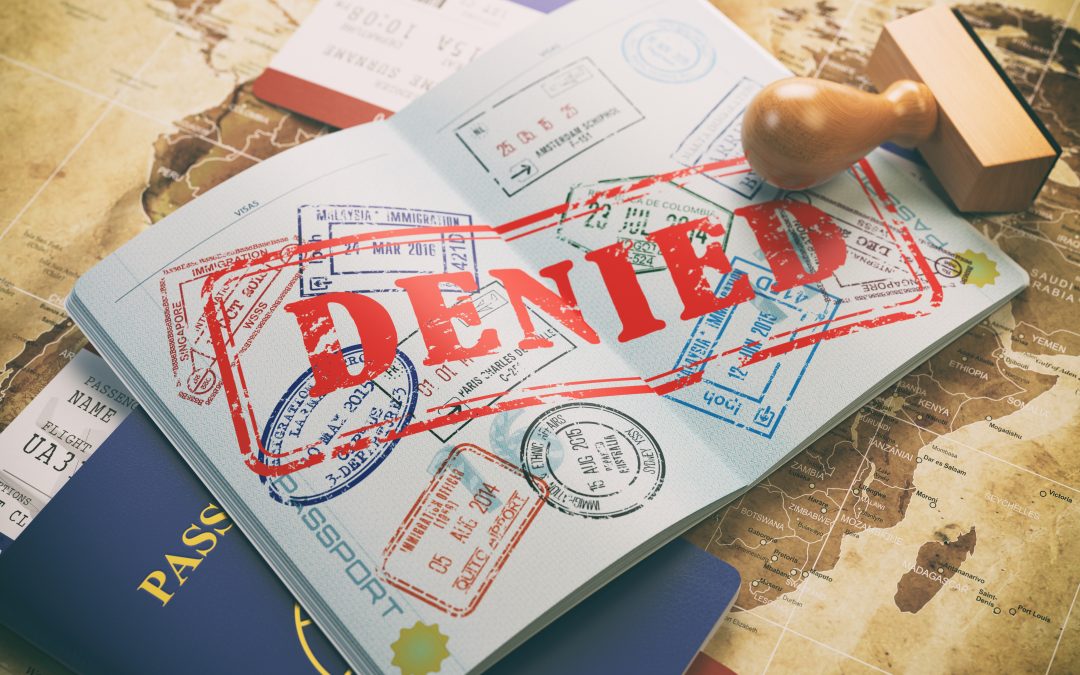 South Africa is the destination of choice for many people from the continent and the world.  As a result of this the country’s ports receive millions of travellers annually entering for various reasons. However, on occasion a traveller is refused entry having been deemed ineligible for entry into the Republic for one or more reasons. Often persons who find themselves in this position are summarily sent back to their country of embarkation without being informed of their rights if any under our law and how to exercise these rights. In this week’s piece we will explore what the Immigration Act provides for persons in this position as well as what our courts have concluded in cases involving persons who have been refused entry.

Section 8(1) of the Immigration Act regulates what happens to a person who has been refused entry at a port of entry.  Section 8(1) provides “An immigration officer who refuses entry to any person or finds any person to be an illegal foreigner shall inform that person on the prescribed form that he or she may in writing request the Minister to review that decision and-

Two key rights are expressed in this section, the first one is the right to be notified of the reasons for being denied entry and secondly the right to make an appeal to the Minister to review the decision. The Act also makes provision for a time frame of when the appeal should be made in these two instances when entry has been refused.   The first arises when the conveyance is set to depart and will not call upon another port of entry in which case that appeal must be made immediately. The second instance is when conveyance is not at the point of departing, in which case the appeal must be made within three days from the act of being refused entry.

In section 8(2) the Immigration Act goes on to provide that if any person is refused entry or found to be an illegal foreigner as contemplated above, who has requested a review of such decision but is on a conveyance that is set to depart as contemplated in section 8(1)(a) shall depart on that conveyance and shall await the outcome of the review outside the republic. In a case arising under section 8(1)(b) , where the conveyance is not at the point of departure and the person has lodged an appeal with Minster the Act provides that this person  Shall not be removed from the republic before the Minister has confirmed the relevant decision. Here is where the problems tend to begin, firstly most are not informed of their rights as required by the Act but where they are informed there seems to be a concerted effort by the Immigration officials to secure the immediate removal of the person notwithstanding the protections afforded to the person.

The right to review and to reasons are hallmarks of our administrative law and are enshrined in the section 33 of the Constitution which vests everyone who is at the receiving end of an adverse decision by the state the right to appeal that decision and the demands that the public official must provide reasons of their decision in writing.  Our law recognises that the right to Just administrative action has two key aspects, the first one being the substantive aspect encapsulated in the statement the administrative action must be lawful or put differently it must be in line with an empowering legislation and the constitution. The second relates to the procedural fairness, the conduct or act must conform to procedural prescripts of the Act. Meaning where the Act says the official must inform the person by issuing a form 1, the failure to issue that form renders the action unlawful.

In the past when Home Affairs has been challenged on actions its officials have taken to deny a person entry they have put forward two principal arguments, first that have stated that once they have denied some one entry that person is no longer their responsibility but that of the conveyance as contemplated in section 35(10) of the Immigration Act.  The have also argued that technically persons in the arrivals area at the port of entry who have not been formally admitted into the republic are not in the republic and therefore not subject to the protections afforded to them by the Act and the constitution.  A final argument has been that in cases where a person has lodged an appeal in terms section 8(2)(b) wherein the Act provides that person shall not be removed from the republic, that person is not deprived if freedom as contemplated in section 12 of the constitution while also arguing they cannot be allowed to await the Ministers decision in the republic as doing so would be detrimental to their immigration enforcement efforts.

All these arguments have been dismissed out of hand by the courts.  In Lawyers for Human rights & another// the Minster of t Home Affairs & another 2004 (4) SA 125 (CC) the Constitutional court held that “The denial of these rights to human beings who are physically inside the country at sea or airports merely because they have not  entered South Africa formally would constitute a section of the values underlying our constitution”

In other Judgments in the SCA and High court this argument was dismissed as pure sophistry which ought to be disregarded offhand and that our courts would have jurisdiction to intervene in these matters in the same manner as they would be expected to intervene in a case involving the murder of a person at a port or entry.  In Abdi V the Minister of Home Affairs  (734/10) 2011  ZASCA 2, the Supreme court of Appeal found that Home Affairs remained the responsible authority when a person has been refused entry and they do not at any point abdicate that responsibility to the conveyance

As to whether a court can order the release of an inadmissible foreigner from an inadmissible faculty pending the outcome of a review of the decision the courts appear divided with judgements for and against the release.  In Chen v the Director General of Home Affairs 2014 ZAWCHC 181, the court having assessed the conditions of the holding facilities at the airport concluded that these holding facilities were in fact detention facilities that had the effect of violating a person’s fundamental right to dignity and the right to freedom and security of person and her right to freedom of movement.  The court went on to order the release of the person pending the minister’s decision but left it to the DHA to determine the conditions of the persons release.

As a final note for the airline industry who often find themselves caught between a rock and a hard place in these situations. It is worth noting the judgment of the High Court in Lin & Another v the Minster of Home Affairs & others. The court made several adverse findings against the airline in that case including punitive orders for contempt of court against certain employees of the airline.  The airline had argued that their function was to merely carry out the orders of the Home Affairs in this case however the court found them wanting and essentially stating that where the airline has been advised of the persons rights it has a duty to ensure that they do not participate in the violation of that persons rights by observing the letter of the law and not blindly follow the instruction of DHA which often have been found to be unlawful.